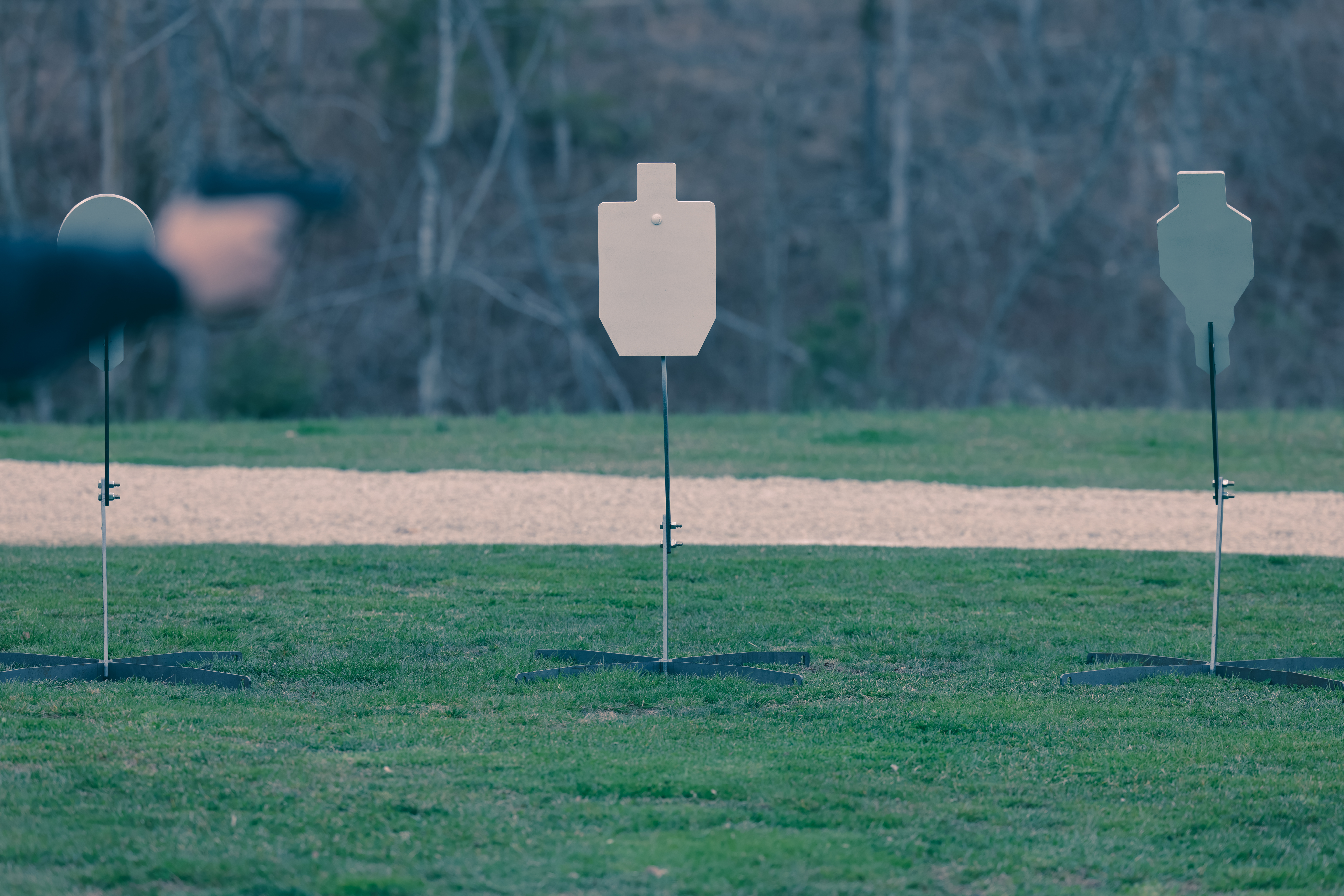 The Perfect Steel Target For Every Use

If I could only have ONE target…

I hate resetting targets. No, please read that again! I HATE resetting targets. In a competition, it’s part of the game, an expectation of any competitor within the volunteer driven shooting sports, and I do my best to make sure that no one can accuse me of not resetting my portion of targets at every match.

In practice though? Resetting targets equates to wasted time and wasted energy. Especially when the weather gets uncomfortably hot, muggy, wet, or when it is cold and you’re standing in snow. Listen, you need to shoot paper for a lot of drills if you want to develop certain skills, so I learned from my pistol instructor to only paste non-A hits on paper. Outside of those drills, I shoot steel as much as I can. I shoot steel that does not require resetting though!

So, what is my go-to target package/setup? Is it the most expensive? The most elaborate?

Nah!!! My “If I could only have one target” is the 8” AR550 static target package. It’s under $145, including the target, stand, and hanger with hardware. My go-to target package is sold to not break the bank, it’s extremely durable, gives that audible ring that is unforgettable when shooting, is FAST to set up or tear down, and it easy to haul in the vehicle.

So, why the 8” target package?

When it comes to Simplicity, very little thought is required here. I have the target bolted to the hanger and when lying flat in the truck bed, it is maybe 6” tall with the target face down. The target stand takes up a small amount of space as well, and when packing multiple targets to the range, I can stack these quickly and easily. The remainder is…… a piece of 2×4 stud that lies in the bed of your truck and stacks nicely with more of piney friends. When you get to the range and want to set up, drop the stand on the ground, the 2×4 into the stand, and put the target and hanger on the 2×4. The 8” static is light enough men, women, and kids 10yo and up can easily carry and set these targets up.

The Functionality of ANY steel target starts with its ability to take a hit over and over again without having to be replaced. The 8” diameter size and shape can be used to replicate plate racks when placed side by side, used with varying lengths of 2×4 boards to change pistol arrays, and set at varying distances down to as close as 10 yards with a pistol or as far as 800 yards for a 1moa (minute of angle) target for a PRS rifle. I will commonly use this target package to practice pistol from 10-25 yards, offhand rifle practice with .223 from 50-100 yards, positional rifle practice for 3-gun with .223 and .308 from 200-350 yards, and more precise rifle practice with other guns (6mm and 6.5mm variants) out to 800 yards.

I have several other targets that I use constantly, some that are sprung, some bigger, some smaller, some heavier. But if I had to pick a single target that I could use to practice pistol and rifle with, it would have to be the 8” AR550 static target package at under $145! Then I’d buy a 6-pack of them!

Join Our Newsletter To Stay Up To Date